Who hasn’t daydreamed about being a nominee at the Academy Awards? I know you’ve practiced your acceptance speech in the shower hundreds of times.

I’d like to thank the Academy, and my family for all the support, especially my cat Richard…I couldn’t have done it without you

Or watching the Oscars, I know you’ve thought…

That crap movie shouldn’t win, why do THEY deserve so much credit?

No matter what your opinion is, only a few have the privilege to become Oscar nominees and among those select few there is always a level of quality we admire. For some reason every year we get excited about the Oscar show and as story artists and filmmakers we look forward to that special night.

This year at StoryboardArt, we are waiting for the Oscars to happen more than ever because our good friend and mentor Robert Valley showed us what a career as a story artist will do for you. Robert’s amazing short film Pear Cider & Cigarettes is nominated in the best animated short film category.

Yup, Robert Valley is invited to the red carpet at Academy Awards!

It’s not only the nomination that gets us excited. That fact alone is already a great achievement.

What makes us shake with anticipation is that Pear Cider & Cigarettes has everything it takes to WIN that shiny trophy!

In creating Pear Cider & Cigarettes Robert used his distinctive illustration and animation techniques that we have witnessed several times in our StoryboardArt live events. Robert combines all his storytelling skill, plus his personal courage to pull off this unique film. Let’s not forget, Robert animated this 35 minute film all by himself.

The story plus the visuals, joined with a killer soundtrack are the perfect blend to create an absolute winner.

You might even have something to do with Robert’s success.

This incredible short was possible by the collaboration of 250 kickstarter sponsors, who contributed to fund the first original graphic novel on which the film is based. Later 890 more people contributed through crowdfunding to help Robert finish the film which is the natural extension of the graphic novel.

Pear Cider & Cigarettes is the gritty self destructive journey of Robert’s childhood friend, Techno. Robert’s first person storytelling style builds masterfully locking your every breath with the visuals making you feel like you are there with the characters. It’s a rollercoaster of reckless living with a solid flow of crimes, fights, sex, and lots of pear cider and cigarettes. Just when you’re about to relax into the story, Robert twists and accelerates the turn of events contrasting your point of view and Techno’s crazy behavior.

No other short film this year comes close to the maturity of storytelling, artistry and impact as Pear Cider and Cigarettes.

Years of training as a storyboard artist and animator are front and center as Robert uses the best of his wide angle camera shots, angular shapes, and unique graphic colors to set the perfect atmosphere. The soundtrack selection matches the narrative brilliantly, using a collection of indie rock, well known tracks, and original composition from Robert Trujillo of Metallica. Robert Valley is teaching us once again that a career as a story artist will turn you into a mature filmmaker. Contrasting images, unique camera angles, pacing, originality, these are all essential tools of the story artist.

Robert’s graphic novel animation style is also a powerful story tool. The subtle change of gesture and selective animated moments communicate much more than you would expect. It’s a case and point that the story is the most important element to develop. No amount of fancy animation will ever be able to save a weak story.

In short, Pear Cider and Cigarettes is pure art at it’s best.

Without a doubt Robert Valley’s work is taking him to where he deserves- a spot on the world stage at the Academy Awards.

The least we can do at StoryboardArt is give thanks.

Thanks Robert for showing us how you created this amazing film.

Thanks Robert for sharing your Photoshop techniques and process.

Thanks Robert for inspiring all of us story artists to train hard and become a master of filmmaking like you.

On behalf of the StoryboardArt community, we give you Robert Valley, a well deserved standing ovation for your dedication and animation awesomeness.

And the Oscar goes to…

Wanna hear a funny irony of Robert’s luck from October 2016? 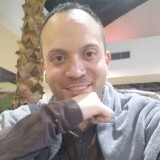 I am an enthusiastic video game programmer and 3D technical artist. I work passionately on StoryboardArt.org, as a web specialist, to deliver digital content in the best way available to its users. My passion is to create video games, original ones, of course; but also create and animate 3d worlds and characters for movies. I’m happy to be part of StoryboardArt staff, a great team!