Developing your own speedometer for scenes

Pacing in story is basically the speed at which the story is told.

At certain story twists and turns, the speed at which we arrive at those changes can have an effect on the viewer. Even in a somewhat predictable story, a fast pace can shorten the events in a way that could still surprise us.

Or having one continual slow pace through the story could affect the “tone” of a story making it more serious or frightful.

Not knowing how to use the pacing of a story can have a devastating effect on your story too.

An action scene with a slow pace could make it boring. A fast pace on a drama can make it too confusing for the audience to follow. I think you get the point.

So how do you know what kind of pacing to use where?

Well you remember that word I used before, tone? Tone is a kind of style that you want your story set in. Knowing this is related to what you want your audience to feel during the story as a whole.

It could also be any combination on those things within the story, separated by your scenes.

Once you are sure about the tone and the kind of story you will tell, now you can set up your pacing.

Now, don’t confusing pacing with editing. The speed and veracity of your action is not the exact same thing as pacing. Pacing can affect an action scene but the speed at which the action takes place in terms of the story only.

Pacing is the time in between the events of your story.

Some events are not as important than the others. So, the more time in between important events in your story, the slower the pace. The fewer events in between, the fast the pace.

In this scene, Dave is only trying to do one thing. Deactivate the computer on the spaceship.

All of his actions within the scene are to complete that one objective. In all it takes about four minutes and thirty five seconds of screen time for Dave to complete his very crucial task. All the while HAL is saying everything he can to convince Dave not go through with the deactivation. In a very chilling but calm voice, he is all but screaming at Dave. Dave is nervous and moving as fast but in weightlessness his movements are slow yet deliberate.

Despite the intensity and anxiety of this scene, it’s about as slowly paced as a scene can get. This is a great example of a scene being slowly paced but action packed.

In only the first six minutes, so much story has transpired. We see an invasion force approach a heavily armed beach, we see the expressions on the men’s faces and they grapple with anticipation, anxiety and fear beyond belief. We land on the beach and virtual slaughter begins. Some are shot right away when the landing craft door opens, some drown, some are shot underwater.

By some miracle we see men emerge on the beach and make their way to cover below the enemy gunners. We also see medics attend to the wounded and dying, choosing who to help and who is beyond help.

It’s an action scene but by story standards, there is so much to digest in such a short period of time it makes the scene seem very close to reality.

When you craft your story, you want to be sure that the amount of information is distributed in a way that makes sense for your pacing, from scene to scene. 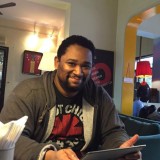